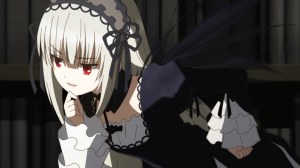 6 episodes in, and we’re still in the dark when it comes to the Alice Game. What we do have though is a pretty relateable lifestyle to Older Jun and confirmation on how Shinku and Suigintou feel about eachother and the situation. It’s all good stuff. 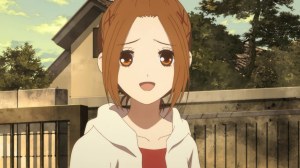 Plot wise there really isn’t much to talk about, as this is more of a character-based ep. So i’m going to skip the summaries I usually do and get straight to the point: I relate well to Jun. His annoyance with a manager that doesn’t do crap, social awkwardness with female friends, and even his ambition of changing his life resonates much with my own life. 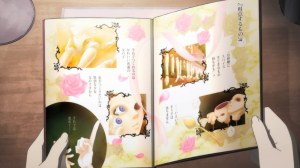 Despite his clear annoyance with having to work props for Saitou’s drama troupe, he appreciates the praise he gets from Saitou. And that self-centered monologue by Jun’s manager would piss anyone off, particularly when he guesses every negative thought Jun has of him. Nevertheless, he still wants to make a change in his life by at least constructing another doll. 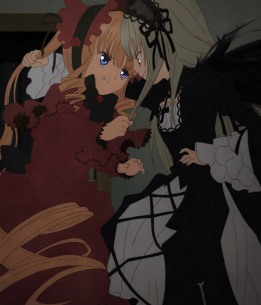 Other than that, there’s some confirmation on how exactly Suiginotu and Shinku’s relationship is like. We’re reminded that Suigintou is responsible for stealing Souiseiseki’s Rosa Mystica, and that Shinku has also taken Hinaichigo’s Rosa Mystica after Kirakishou stole her body.

So while their defeat has toned their conflict down, it’s far from ignorable. But the fact that they can settle such a serious conflict with simply splashing eachother with a shower hose shows that they do have some level of trust. And in the end, they maintain their truce to face a greater enemy. 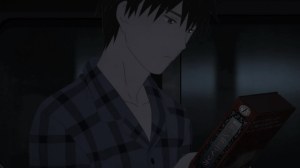 You may notice that this post is much shorter than my other ones. But that’s mainly because this really was more about the slice-of-life aspect than drama or mystery. Sure we see Jun receiving more doll parts. And yes the picture book about the girl and dolls is still shown and that the timeline Old Jun is in can’t be changed. But I’m hoping we find out more about Young Jun’s world and what’s happening with the other dolls. And judging from the preview, it looks like that may just happen.