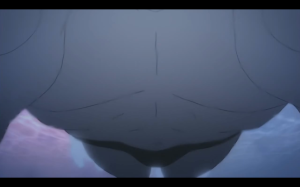 So now that we’ve entered the Kiba arc, we now are ready to go back into BOOBS! So despite the lack of a plot in this ep, what we have in return is glorious amounts of fanservice Highschool DxD is known for.

But yeah, the most plot you’ll be getting this ep is that Sirzechs is planning to schedule the summit meeting between the 3 factions in Kuoh Academy. The Azazel cliffhanger just leads to Rias giving Issei a boob hug, and the ep ends once Vali meets Issei at the school gate.For the most part, this ep was solely focused on what previous eps had been lacking: the T&A. 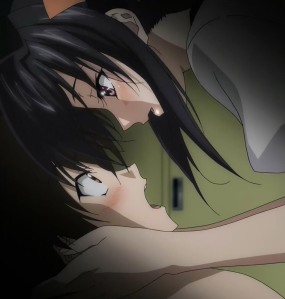 While this is starting to reach Akeno’s arc, we haven’t reached the story bits yet. Instead, we see her being much more aggressive in her teases aimed at Issei. Seemingly due to crushing on him for his acts of bravery in both Kiba and Rias’s Arc, she seems to be wearing a sign that says “tap this now”. Using Issei’s Dragon Power sucking as an excuse to move on from finger to boner or interrupting Rias’s oil massage to give him a boob rub make it very clear she’s ready.

That’s not to say Akeno’s the only one getting some of the action. Xenovia states that she plans to make up for her restrictive life in the church in favor of being a woman, and her major priority is to bear a strong child. And seeing that Issei holds the power of the Welsh Dragon, she locks him in a room straight-up saying she wants his child. In some ways it’s comedic, but mostly it’s just plain surprising. And I love it! 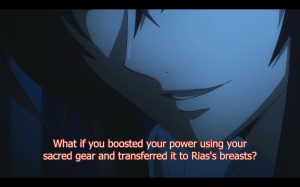 Honestly if you’re going into this ep expecting the start of another plot-driven adventure, I suggest you wait a couple more weeks until it gets serious. Because you know when your show has Satan suggest putting a power transfer on her sister’s boobs that it’s probably not taking itself seriously at the moment.