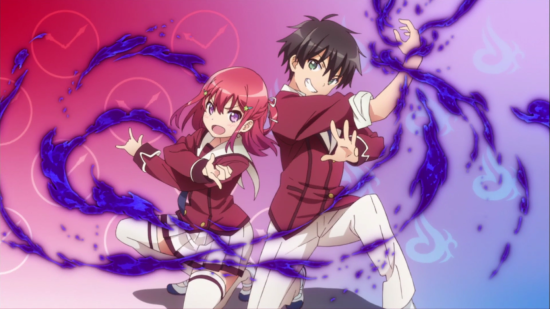 Well, well, well. What do we have here? Trigger is doing something more of a high school anime after its chaotic Kill la Kill. 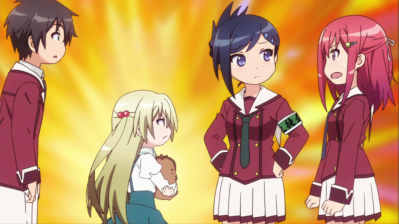 I honestly didn’t expect Trigger to take a normal high school anime after Kill la Kill since that show was a high school that just kicked ass and was not a high school you would have expected.  But here we are and not surprisingly its not as hyper and fast paced as Kill la Kill or Little Witch Academia.  But removing the aspects of the fact that this is made by Trigger, I would say this is still a well paced and lovable anime that can still be enjoyed. 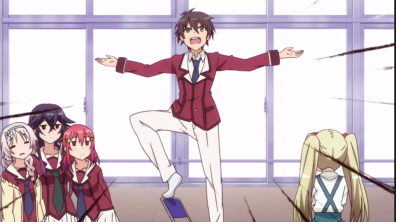 The story involves a group of students in Literature club doing their regular thing.  Suddenly they gain the power of the freaking gods and… 1 year later the group is still living their everyday life in their high school.  However, the powers make their days not nearly as normal as before.  Without anything to use it against, the group is left without a choice to use their power in their everyday world.  Well it’s a slice of life with slight sprinkle of romcom. 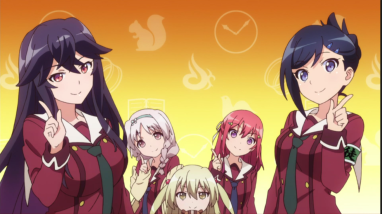 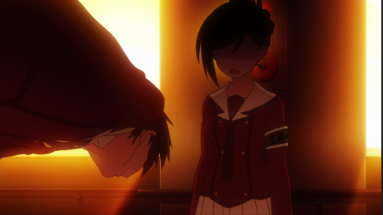 Alright, so I came into this show expecting a generic romcom slice of life just made specially by Trigger.  The expectation was crushed in the second episode when Andou showed balls by clearing up misunderstandings.  THAT is so rare now a days in any media that it just infuriates me.  Andou clears up Mirei’s assumption that Andou is in love with her.  Not many would do that in real life and in the anime world, the main character may just go with the flow.  I respect Andou except a few time when he aggravated me in the first episode. 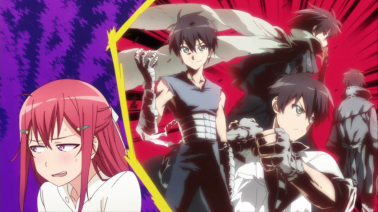 I think they are cool

The comedy revolves mostly around Andou’s crazy chuuni attitudes he has around the club members.  The comedy is okay and it does bring grins to my face.  However, that is not where the show shines.  The place where it shines is it execution in drama.  The mood and atmosphere that it sets is deliciously great and keeps the show down to earth.  It doesn’t go full crazy which really it it went that far than the drama wouldn’t have worked as well.  So far from episode 2-6, each episode put one of the girls into the spotlight and puts some form of conflict into the girls’ lives.  With the help of Andou’s personality and commitment the conflicts are usually resolved. 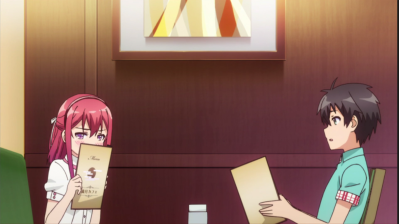 Drama is fine and all but…. this show is so adorable.  This is not the adorable like Kinmoza! where you can just put the face of the characters and “BOOM” adorable.  No, this depends on the interactions between Andou and my goodness the way pull it off makes my eyes widen and jaws drop.  This is a show that made me board a stinking ship because of how adorable one of the interactions were. 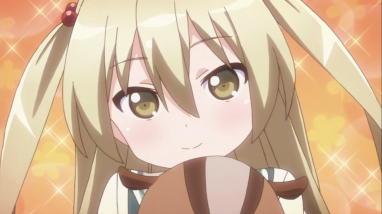 This totally destroys what I said. But she’s not like this all the time.

This may not be crazy as previous Trigger titles but it has its own good things going for it, so nice going Trigger.(Tomoyo x Andou, if curious)