Ranpo Kitan: Game of Laplace is a strange creation. Based off the work of famous Japanese author Edogawa Rampo (Yes, that is how Americans spell his last name. It goes against the title of the show, I know) and airing on the high profile Noitamina block on Fuji TV, this show’s concept and ideas seem to scream out that it’s a passion project. After all, that’s what most Noitamina shows are: high concept works made by experimental creators. However, one look at the staff and that image will be immediately wiped from your mind. Seiji Kishi as director? Makoto Uezu on series composition? Now, while I think these two get a lot more flack than they deserve, I think it’s still pretty safe to say their output has been mixed in quality (Humanity has Declined, Danganronpa). Still, I kept my hopes up and went in optimistic, and came out pretty torn on what to think. Ranpo Kitan may not be the trainwreck I was dreading it to be, but that doesn’t mean it doesn’t have a few very crippling flaws. END_OF_DOCUMENT_TOKEN_TO_BE_REPLACED

You know, even though I really liked the first few episodes of Sound! Euphonium, I still wasn’t in love with the show.  I thought it was really good, but like a lot of other KyoAni shows there was a slight disconnect from my enjoyment and my opinions. However, that is definitely not the case with this second half. From the moment I finished episode 8, I couldn’t stop myself from watching the rest of the show. Now this is probably just me, but I’m not that good at marathoning anime. After two-four episodes I usually want to stop watching and move onto something else. This is especially true with shows I’m writing posts about, since I have to take screenshots and write notes about it while I’m watching. And yet, I almost burned through these remaining six episodes in one afternoon. And when a show hooks me that well, I know it’s something special. END_OF_DOCUMENT_TOKEN_TO_BE_REPLACED 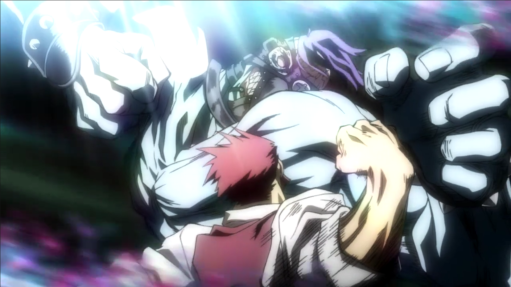 Guys, I think I made a mistake trying to cover this show. Never before have I encountered a show that I love so much, yet struggle so hard to understand. Every episode feels like it’s teeming with details I’m missing, pieces of the proverbial puzzle slipping right past my mind. Which probably just shows how surprisingly intricate and well made Kekkai Sensen is. Even after 10 episodes, the show is still just as surprising and beautiful as it was at the beginning. I feel strangely unqualified to try to decipher this. Still, I’ll try my best, so let’s dive on in! END_OF_DOCUMENT_TOKEN_TO_BE_REPLACED 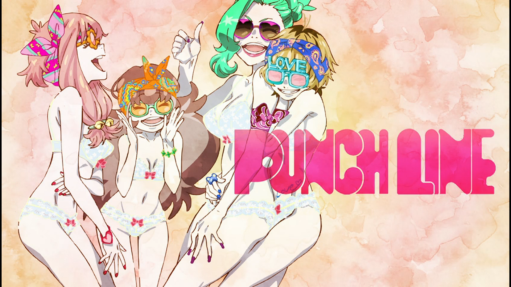 You know, out of all the anime I’ve covered, Punch Line has definitely been the craziest when it comes to quality shifts. Yes, even more than Saekano and SAO II. Trying to explain all of the emotions I felt while watching this trainwreck masterpiece is challenging. I’ve hated the show, liked it, it’s annoyed me, and left me sad and intrigued, but by the finale it ended up being, well… Fun. Just a fun, crazy rollercoaster full of twist and turns, strange ideas, and heart; and I love it for that. END_OF_DOCUMENT_TOKEN_TO_BE_REPLACED

I’ve never had a very strong relationship with Kyoto Animation. Don’t get me wrong, I’ve watched and liked a few of their classic shows, but I feel like I still have so much territory to cover. In fact, there’s so many anime in their oeuvre that I have yet to see that I’m honestly shocked I decided to pick up this show. And yet something about it drew me in. Maybe it was the instruments, or maybe it was the character designs, but something about this screamed potential. Luckily I was completely right, since Sound Euphonium is a great high-school melodrama filled with relatable characters and gorgeously detailed animation. END_OF_DOCUMENT_TOKEN_TO_BE_REPLACED

Punch Line is a terrible piece of garbage, and I absolutely love it. Okay maybe love is a strong word, but I haven’t found a show this confusingly awful yet amazing in a long time. And when I say awful, I mean awful. The plot here is ridiculously idiotic, the fan service is so over the top it seems like it can’t go any further, and it’s attempts at comedy are laughably generic. However, and I say this completely sincerely, the aesthetics are amazing to look at, the character writing is strangely naturalistic and tonally jarring with the rest of the show, and there seems to be something potentially great lurking underneath the surface of panty lines and ridiculous ghost time travel. This show is the weirdest combination of terrible content, and amazing talent that I have ever seen. So let’s talk about it! END_OF_DOCUMENT_TOKEN_TO_BE_REPLACED

Oh Kiseijuu, how you disappoint me. Yep, after a long delay, I’m finally back to cover the ending of this show. Now I’m not going to lie, despite the fact that I’m going to say a lot of harsh things about it, I want to make one thing clear: Kiseijuu isn’t terrible. I don’t think it’s a masterpiece of fiction, but it still has a lot of good elements that make it a nice thriller (Elements which I will be mentioning in this post). However, that still doesn’t mean I don’t feel burned by the dip in quality this thing took. The first half had some of my favorite moments from any show that aired last year, and for it to all end on a whimper, well, it’s depressing. Still there’s plenty to talk about, so let’s get this show on the road! END_OF_DOCUMENT_TOKEN_TO_BE_REPLACED

Let’s get my opinion about this show clear, just to be safe; Kekkai Sensen is something you really should watch. I’m not joking when I say this show is so impressive that I think it has the potential to become a classic up there with the likes of Cowboy Bebop and other anime classics of Adult Swim fame. You think I’m joking right, well I’m not. Not only is Kekkai Sensen one of the most visually impressive action spectacles I’ve seen in recent years, but it also has an emotionally interesting story that could potentially put some substance behind the enjoyable presentation. Kekkai Sensen is really that good! END_OF_DOCUMENT_TOKEN_TO_BE_REPLACED

WARNING: This post contains potentially uncomfortable imagery. If your opposed to lesbians in anyway, you should definitely leave. Also there may be some minor spoilers.

END_OF_DOCUMENT_TOKEN_TO_BE_REPLACED

Can someone explain to me why the finales in this winter season have been destroying me emotionally? I mean first there was Death Parade, then Maria the Virgin Witch, then Shigatsu wa Kimi no Uso, and now Tokyo Ghoul, a show which I didn’t feel that strongly towards, has also crushed me. Thank god I only just started watching Shirobako or I might have turned into a ball of mush… So yeah, in case you couldn’t tell already, Tokyo Ghoul season two killed it on the finale, and no, that was not meant to be taken as a literal joke in any way. In general though this second season has been amazing, improving some elements, while sadly maintaining some of the first season’s writing flaws. END_OF_DOCUMENT_TOKEN_TO_BE_REPLACED