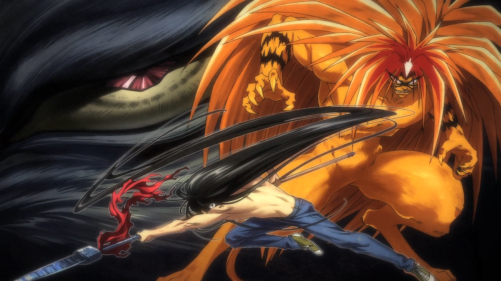 Modern day adaptations of very 90’s material have become increasingly popular over the past few years of anime. Ever since the release of the new Hunter x Hunter adaptation in 2011, more and more of these shows have been popping up. Parasyte is one of the major examples, which I personally found to be a disappointing mess. I’ve had a really hard time pinpointing what made that show fall apart at the end of its run. I mean on a lot of levels the show was fundamentally the same as it was at the beginning. Sometimes I wondered if they didn’t do enough to modernize the material, or maybe the modernization was the problem itself. Well, apparently Studio MAPPA heard my idiotic questions, and they decided to take their own stab at the topic by producing a show based off another critically successful 90’s shonen manga, Ushio and Tora. So, how does this attempt fare overall? END_OF_DOCUMENT_TOKEN_TO_BE_REPLACED