Ok, we aren’t gonna try to even excuse our output lately. With school starting up again and other interests on the side, we just haven’t found the time to post when we want too. Not to mention this season hasn’t been too exciting when it comes to new releases, so we’ll mostly be focusing on catching up to half a year of posts. As for me, i’ve gotten into a slew of older anime and even caught up to a lot cartoons (Rick and Morty, Steven Universe, Star vs the forces of evil, Gravity Falls). And to top it all off, the new year brought us the end of the most popular anime podcast, PODTAKU! It was quite the shock to see them break off as they were part of what motivated me to form this blog. But even with the lack of members, I still would like this blog to survive. We might start changing focus if necessary so that all anime are included, but for now we’ll try keeping it running the way it is at least until summer. I’ll try pushing out posts for more current shows and add posts for those from last year in between. Thanks for your patience and here’s our choices. (In the meantime, check out Stuart’s personal blog An Overlooking View) 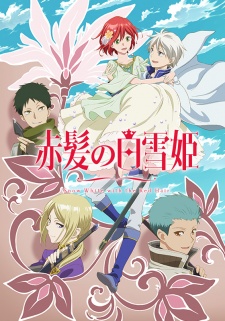 Second season of Akagami no Shirayuki-hime.

A struggling manga artist and pizza boy extraordinaire in his late twenties. Seems like your average Joe, right? Wrong. The protagonist of Boku dake ga Inai Machi, Satoru Fujinuma, possesses a very special gift. His supernatural ability, which he calls “Revival,” triggers a time leap, sending him back to right before certain life-threatening events occur, allowing him to prevent these tragedies and save the day. After a devastating incident in his present day life caused a sudden “Revival,” Satoru was sent back to when he was a young, elementary school student, one month before his classmate Kayo went missing. He is forced to solve the mystery behind the serial kidnappings in his hometown and protect his childhood friends.

Class 3E is about to begin their second semester! And while some things have changed, the class assignment is still the same: kill their teacher before the end of the year! Easier said than done since Koro-sensei has made it clear he won’t go down without a fight. Will these students be able to take down the tentacled monster that moves at Mach 20 before he can destroy the world?

Ikebukuro is engulfed in a spiral of confusion. A group of individuals, each carrying the weight of their own past, gathers at Shinra’s apartment, while in the city the Dollars, Yellow Scarves, and Saika contend for power. However, the situation takes a turn that no one could expect when Celty’s head is revealed to the public, as this tale approaches its conclusion. 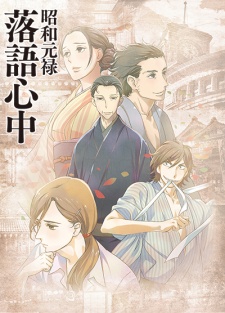 When a certain man is released from prison, he knows exactly where he’s heading first. After falling in love with a traditional comic storyteller’s rendition of the story called “Shinigami,” he is determined to become his apprentice. The performer, Yakumo, has never taken an apprentice before, but to everyone’s surprise, he accepts the eager ex-prisoner, nicknaming him “Yotaro.” As Yotaro happily begins his new life, he meets others in Yakumo’s life, including Yakumo’s ward Konatsu. Konatsu was the daughter of a famous storyteller, and Yakumo took her in after her father’s tragic death. Konatsu loved her father’s storytelling, and would love to become a performer in her own right—but that path is not available for women.